Home / Blog / A Growth Strategy for the Pharmaceutical Industry 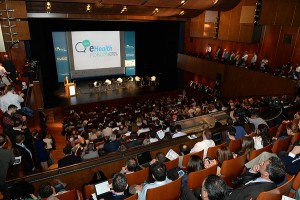 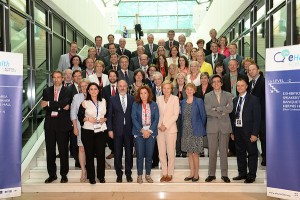 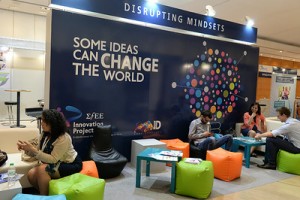 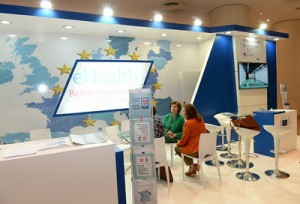 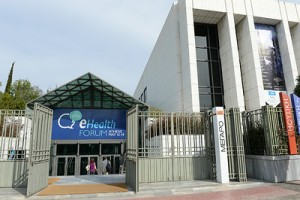 • The role of the pharmaceutical industry: key to an exit from the crisis

• Investment in clinical research and in the production of pharmaceuticals: a springboard for growth in the Greek economy

Athens, 12 May 2014 – An action plan to unlock the huge potential of the pharmaceutical industry and underscore its role as a key driver of growth in the Greek economy was the outcome of an event organised by SFEE, in the context of the Greek Presidency of the EU and the eHealth Forum 2014, to launch the study “A Growth Strategy for the Pharmaceutical Industry”, prepared by the Foundation of Economic and Industrial Research (FEIR/IOBE). The event was honoured by the presence of Mr Kostis Hatzidakis, Minister of Development and Competitiveness; Mr Adonis Georgiadis, Minister of Health; Nikolaos Vettas, General Director of FEIR/IOBE; Ioannis Papadopoulos, President of the Hellenic Venture Capital Association, CEO of Attica Ventures, Coordinator of Innovation at the Ministry of Development and Competitiveness. On the industry side, participants in the panel discussion that followed, moderated by the journalist Babis Papadimitriou, were Messrs Konstantinos Frouzis, President of SFEE, Vassilios Katsos, President and CEO of Pharmathen, and Erik Nordkamp, Chairman of the Pharma Innovation Forum (PIF), President and Managing Director of Pfizer Hellas.

At a time when an exit of the Greek economy from a 6-year recession is being sought after, the pharmaceutical industry, with innovation at the core of its activity, offers a real way out.

The first speaker, Mr Angelos Tsakanikas, Assistant Professor at the National Technical University of Athens and Research Director of FEIR/IOBE, explained the key points of the study. As he stated, “The pharmaceutical sector in Greece seems to stand out amid a poor National Research and Innovation System, with a stong patenting performance and a significant increase in its R&D activity over the past few decades, opening up the path to innovative treatments. The pharmaceutical industry accounts for 22% of total R&D in Greece and has the potential to do even better, with appropriate policies”.

According to the findings of the study, the pharmaceutical industry makes a major contribution to the country’s key macroecomonic aggregates: its total impact on gross domestic product is estimated at EUR 7.5 billion (i.e. about 3.5% of Greek GDP in 2010). The economic footprint of the production and distribution of pharmaceuticals is important also in terms of employment, with an overall impact of more than 132 thousand jobs. Another noteworthy fact is that the manufacturing of medicinal products is the second best performer among all manufacturing sectors in terms of average annual growth in gross value added for 2000-2010. With investment per employee nine times the corresponding figure for total manufacturing, the industry tops European rankings. Also, the pharmaceutical industry ranks fourth in exports, after refined petroleum products, precious and other non-ferrous metals, and wearing apparel and accessories.

The design and implementation of a medium-term (2014-2021) Strategic Action Plan, which according to the study is based on two main pillars: (i) Research, Development and Innovation and (ii) Production and Exports, will enable the Greek pharmaceutical industry to become a key driving force for the qualitative restructuring of the Greek economy.

Introducing the FEIR/IOBE study, the President of SFEE, Mr Konstantinos Frouzis, emphasised the self-evident growth potential of the industry. “The pharmaceutical industry has a vision and makes an increasing contribution to the Greek economy. Even during the recession, its impact on important aspects of the economy, such as the trade balance, foreign capital inflows, public debt reduction etc., has been unmistakeably established, along with its effort to grow, unfortunately in an environment full of obstacles to the adoption of innovation”.

Mr Frouzis set out the main objectives of the new strategy proposed for the pharmaceutical industry, specifically referring to the following:

The Government should provide additional growth incentives to encourage and promote innovative investment, which will help to create jobs, improve the country’s competitive position and export performance and attract private capital inflows that will bolster domestic industry. Among such incentives, Mr Frouzis noted the need for a new and stable tax regime including a favourable tax treatment of intangible investment, tax deductions for innovation, revision of the tax break framework for R&D and technological innovation, application of a lower corporate tax rate to profits earned from patented inventions and other innovations, exemption of royalties from withholding tax and the possibility of exemption from social security contributions as an incentive for hiring young scientists.

Mr Frouzis identified three major priorities: making Greece a hub for clinical studies, enhancing EOF’s role, and incentives to invest in production and exports. Addressing these challenges will bring important and immediate benefits to the country’s economy and health system, while also enabling to utilise the high-skilled workforce of our country – especially in the health sector that has the fifth highest number of PhD holders in Europe — thereby helping to prevent brain drain. Finally, Mr Frouzis invited the State and Ministers to have close and systematic cooperation with the industry for the achievement of shared goals.

Mr. Κοstis Hatzidakis, Minister of Development, referring to the overall policy actions aimed to foster entrepreneurship, stressed the important place of the pharmaceutical industry in this agenda, as one of the nine key sectors underpinning growth. As he said, we need specific policy measures rather than magical recipes. The situation is now completely different compared to the two years ago, and the Ministry of Development has so far made successful efforts, in a context of fiscal adjustment, to lay the foundations for providing the impetus needed and for restoring confidence.

Mr. Hatzidakis noted that the new investment law established the Central Licensing Authority that facilitates investment, along with a package of 25 actions aimed to strengthen entrepreneurship. Among actions to simplify exports, he emphasised the computerisation of customs procedures and the 24-hour operation of major customs offices. The Minister referred to the challenge of production and said that industry needs to move on to the next phase, the phase of growth, while he also stressed the role of the newly-introduced Single Window for Exports. Another important action is a 60% reduction in the number of steps required for the licensing of a company. All the above, he noted, help the pharmaceutical industry, as do actions to support innovation, in particular the Prime Minister’s decision to increase the proportion of NSRF funds allocated to innovation from 4% to 8%, actions on clustering schemes, patents and incubators. Finally, he mentioned the action taken for effectively linking research with industry with the assistance of the Yozma fund of funds. Concluding his speech, Mr. Hatzidakis stated that the NSRF provides for actions in the pharmaceutical sector, not only in the area of traditional activities, but also in the areas of generics, innovative or patent medicines, and that there will be nine sectoral councils during the entire period of implementation of the NSRF.

For his part, the Minister of Health, Mr. Adonis Georgiadis, advocated the need for drastic changes to EOF, in particular setting up a team to monitor progress with all of the activities of the organisation. In this respect, he announced that outsourcing arrangements for some of EOF activities are being considered. Mr. Georgiadis stated that “pure market rules have to be respected and should be known in advance. We must also ensure adequate intellectual property protection, in order to improve the environment for foreign investment”. He also referred to the excellent scientists and expertise of major Greek companies, which have proved that they can successfully cope with international competition”.

Executive Summary A strategy study for the pharmaceutical industry

A strategic action plan for the Greek pharmaceutical industry

By continuing to browse the site you are agreeing to our use of cookies.